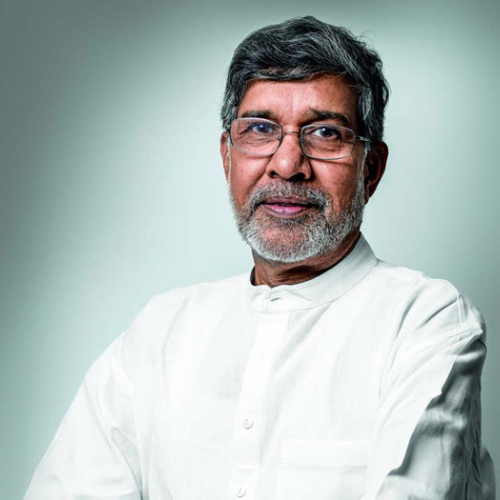 Kailash Satyarthi is a leader in the global movement to end child slavery and labor, and is at the forefront of multiple projects addressing this issue in Southeast Asia. The Bal Ashram Trust is a transition center in Rajasthan, India. Its goals are to rehabilitate and serve children who have been rescued from trafficking and forced labor as well as to educate and empower the community to advocate for the end of child trafficking.

Kailash began his dedicated work to eliminate child slavery and forced labor at the age of 26 after his initial job as an electrical engineer. Since then, he has rescued over 80,000 children and affected the lives of millions more through his successful model for rehabilitation and education. To promote and achieve his mission, Kailash leads the Global March Against Child Labor, which is a worldwide coalition of NGOs, teachers' unions, and trade unions. He also serves as an advisor to major international development organizations, including UNESCO’s Education for All High Level Group. In 2014, Kailash was jointly awarded the Nobel Peace Prize with Malala Yousafzai of Pakistan for their struggle against the suppression of children and young people and for the right of all children to education.