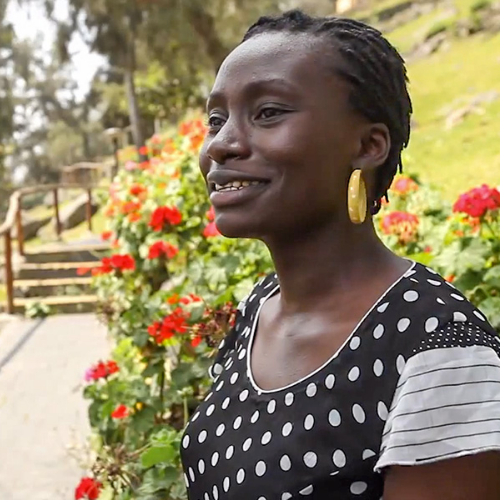 Peggy’s mission is to educate and engage young people to find sustainable solutions for societal challenges through education. She is inspired by their innovation and optimism in helping one another.

Peggy’s passion for education runs deep within her own family, as her own grandmother was a public school teacher. Her grandmother’s love for teaching greatly influenced Peggy’s own experience in education. She had attended a school with small classroom sizes where she received individualized attention and support. Later, Peggy ended up serving as a volunteer for different pre-university programs in rural Kenya, Tanzania, and Uganda. She realized firsthand that opportunities for quality education were not equal for every community, and thus became more committed to education and supporting all youth. Her own schooling led her to Harvard University where she recently graduated with a dual degree in Chemistry and East Asian Studies. In 2013, Peggy formally founded PACEMaker International. As recently as 2015, her organization was voted most impactful venture of the year by Spark International, which is an accelerator program for startup entrepreneurs. Today, Peggy continues to seek innovative solutions in education through her work with PACEmaker International.

Since 2013, PACEMaker volunteers have invested over 47,000 hours in tutoring and volunteering in classrooms in the Kenyan public school system. There has been 305 youth volunteers who have already participated in the programs. Thanks to their commitment, over 12,000 students in 15 different schools have benefitted academically and socially. Several participating schools have seen great increases in their average examination scores, and have even been awarded recognition for their overall scholastic improvement.