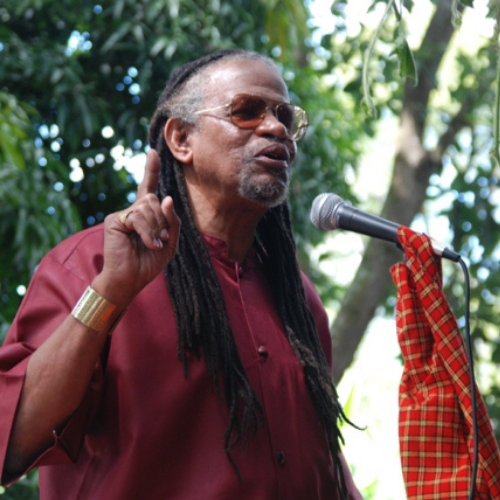 Pete is committed to making a difference in the lives of Tanzanian orphans and children from extremely disadvantaged homes.

Pete O’Neal and his wife, Charlotte, are Local Heroes to orphaned children near Arusha, Tanzania. Before his life in Africa, Pete was the founder and Chairman of the Kansas City Chapter of the Black Panther Party. In 1970, the couple fled the United States and moved to Sweden and then to Tanzania in 1972 where they bought four acres of land to start a new life. At first, Pete thought his time in Tanzania would be temporary, but as the years passed, he began to feel it would be a more permanent home. In 1991, they founded the United African American Community Center (UAACC) for the purpose of providing arts enrichment and to promote closer cultural ties to communities in America and around the world.

As the O’Neals built their life, they continually observed all of the orphaned children in and around their village. Pete decided he wanted to open an orphanage to give some of the local children a better life and he started Leaders of Tomorrow. He began collecting donations and built a concrete-block bunkhouse near his tomato and pepper garden in the hills of Mt. Meru. He spread the word that he had room in the orphanage for few kids and more than 100 children appeared at his doorstep. Though he had to send the majority away, he informally adopted a couple dozen of the more desperate children. They call him “Babu” which means grandfather, and they roam his grounds playing games, being kids, and feeling safe knowing they have a place to sleep at night. Volunteers and a few staff watch over the children and give them English and computer lessons. Pete hopes to expand the children’s horizons and give them a sense of the world beyond their village.

In addition to the orphanage, Pete and the accomplishments of his organization UAACC are well known, not only in the village of Imbaseni, but throughout Arusha and indeed all of Tanzania. For over 20 years, UAACC has provided ongoing, daily programs which target the youth in the community including computer classes, art and craft classes, music, history, health and nutrition, sports and yoga as well as English classes, as well as HIV/AIDS awareness and outreach programs that encourage expression through the arts such as community theater, song and poetry. In addition, UAACC has been a Tanzania destination and temporary home for thousands of visitors and volunteers from the U.S. and around the world and a recognized hub for cross-cultural learning and engagement.