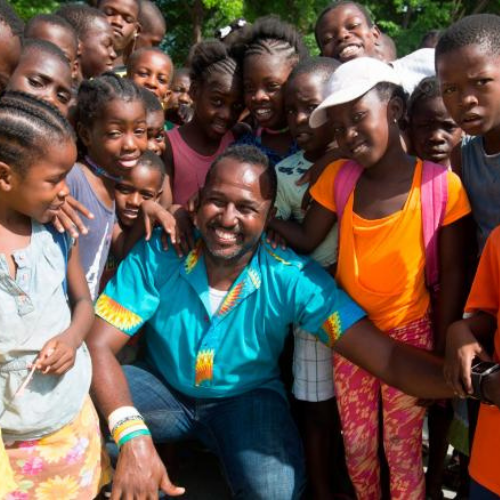 Daniel seeks to promote civic responsibility and peace for the youth through sports, education, and mentorship.

Daniel Tillias is the Executive Director of Pax Christi Ayiti – SAKALA. He is a peace worker, community organizer, and human rights advocate. He was born and raised in Cite Soleil­­ Haiti’s biggest slum. Growing up he had a chance to see various forms of violence from the gangs, the Duvalier dictatorship, the repression of the military and paramilitaries, the blind operations of the police and the UN forces. He graduated from law school with a strong desire to utilize his professional skills to promote justice for the Haitian people. He was frustrated by the judicial system because and felt it was not going enough to improve people’s lives. He left his position and became the Executive Director of Pax Christi Port au Prince. In 2010, he founded the Community Center for Peace and Alternatives (SAKALA).  SAKALA seeks to encourage peace building work in Haiti through sports.

Through its programs, SAKALA has educated 1600 children on peacebuilding and none of its alumni have joined gangs. Many have continued on to university after graduating high school. The most successful of SAKALA’s programs are its sports programs where teams have earned Fair Play Awards at local tournaments.