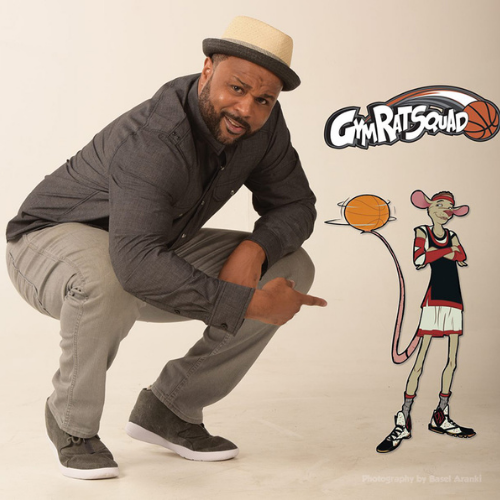 DeAndré Austin grew up in Compton, California. During his childhood, he was exposed to the streets, a life where drugs and violence are part of the fabric of society. Because of the positive influence of family and mentors, however, he used sports as a way out. DeAndré played Division 1 basketball at Fresno State under the legendary coach Jerry Tarkanian, and later played professional basketball in Central and South America. Through playing basketball Austin learned that being coachable, having a strong work ethic, being able to work in a team, having good sportsmanship, and setting goals are transferable characteristics to the corporate world. He realized that the countless hours he spent practicing his basketball skills in the gym had inadvertently prepared him to become a successful entrepreneur. He utilized these experiences to develop the Gym Rat Squad curriculum and he seeks to help other vulnerable youth make positive life choices.