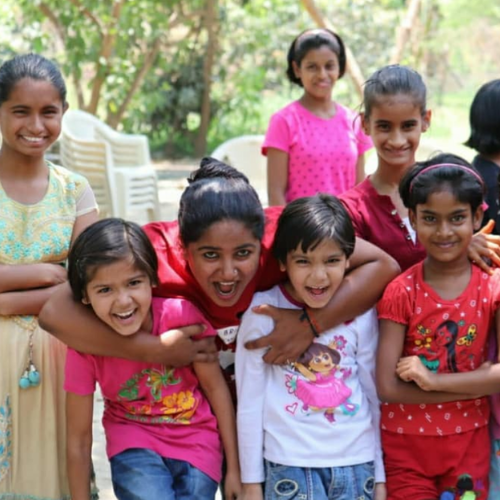 Usha was an education activist working to ensure that all children in India could access education and live with dignity. In 2006, she survived a rape attempt perpetrated by a coworker. It took her a year and a half to recover from this trauma and continue her activism. In 2010, while conducting a gender sensitization workshop with teenage girls, Usha discovered that most of the participants (53 out of 55) had been sexually assaulted in their own home by a family member or close relative. This fact shattered the belief that girls are safe at home. Usha started to organize with other victims and fight back. For Usha, the culture of silence and victim blaming was even more insidious than the sexual assaults.

Usha started Red Brigade Lucknow with a few other girls. In the beginning, their focus was to raise awareness of the problems impacting girls and women through street dramas, gender sensitization workshops, good touch/bad touch workshops with children, and protests demanding rights and protection from their local government agencies. Today in addition to raising awareness, Red Brigade teaches martial arts and other self-defense techniques. They want to ensure that girls have the knowledge and ability to defend themselves. Since 2011, Red Brigade has trained over 70,000 girls/women in self-defense. Usha was awarded the Rani Laxmi Bai Award by the Government of Uttar Pradesh. She was also recognized as one of the 100 Women Achievers of India by the President of India in 2016.